Cairo Headlines: A Story About Death and Victory.

Cairo Headlines consists of a group of site-specific wall drawings spread out across the outside and the inside of the building. The drawings represent the artist’s reflections on the current social and political situation in Egypt and more generally in the Arab world. Victory and death are two reoccurring themes in Cairo Headlines. One year and a half after the beginning of the revolution, Yousri questions the complications of the so-called Arab Spring. While the whole world doesn’t stop talking about the democratic transition the country is going through, the basic demands that thousands of lives where sacrificed in the hope to achieve have not been heard: bread, freedom, and human dignity. Yousri sees hope in the possibility of resistance, while questioning the ability of ruling powers in manipulating the masses and oppressing those possibilities. While Yousri’s concerns are emanating from his personal experiences in Egypt, the notion of death and victory is strongly related to other countries in the Arab world going through relatively similar situations like Syria, Tunisia, Yemen and Palestine. 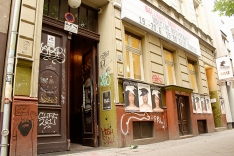 1. The story begins when spring came to the city of the black tree. 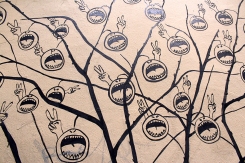 2. the fruits of the black tree started singing their beautiful song out loud.

3. But there was an evil pipe that surrounded the whole city. The evil pipe didn’t like the song the fruits were singing. It started sucking them one by one. 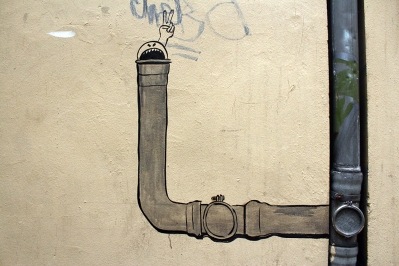 4. The fruits didn’t know what was happening to them or where the pipe was taking them to. but they kept singing anyways. 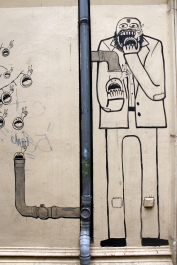 5. The evil pipe delivered the fruits to the hands oft he opportunist. The opportunist had a short beard and was wearing a suit. 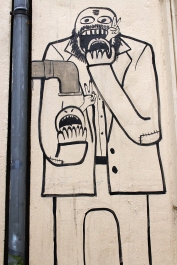 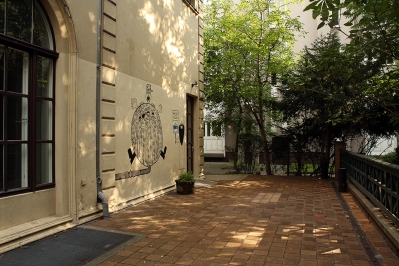 7. The opportunist was not the only one who wanted to eat the singing fruits.

8. It turns out the evil pipe goes up the ass of the inflated man who wears a suit with a camouflage pattern and black boots.

9. The fruits found themselves at the end inside the inflated man. He started squishing them inside his belly while diffusing lethal gases. Instead of singing the fruits were screaming. They started taking weird shapes and they went to another place. 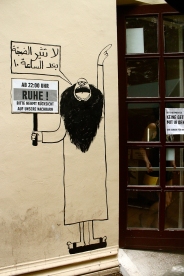 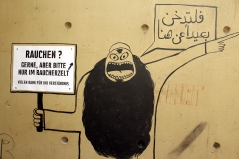 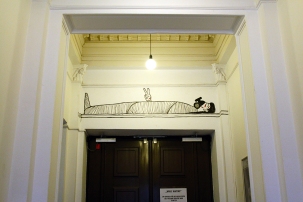 10. In the other place the fruits turned into dead people hanging from the ceiling or laying in coffins but they never stopped singing their song. 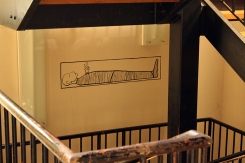 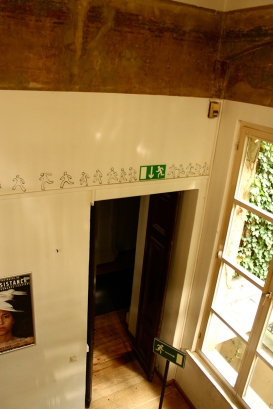 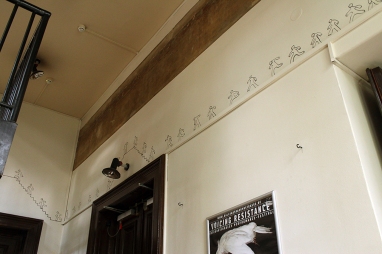 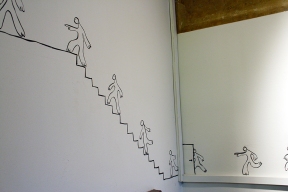 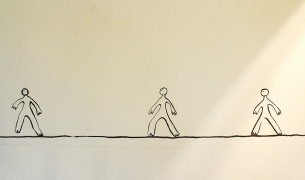 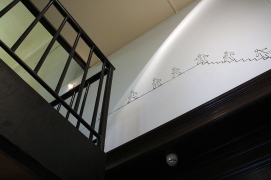